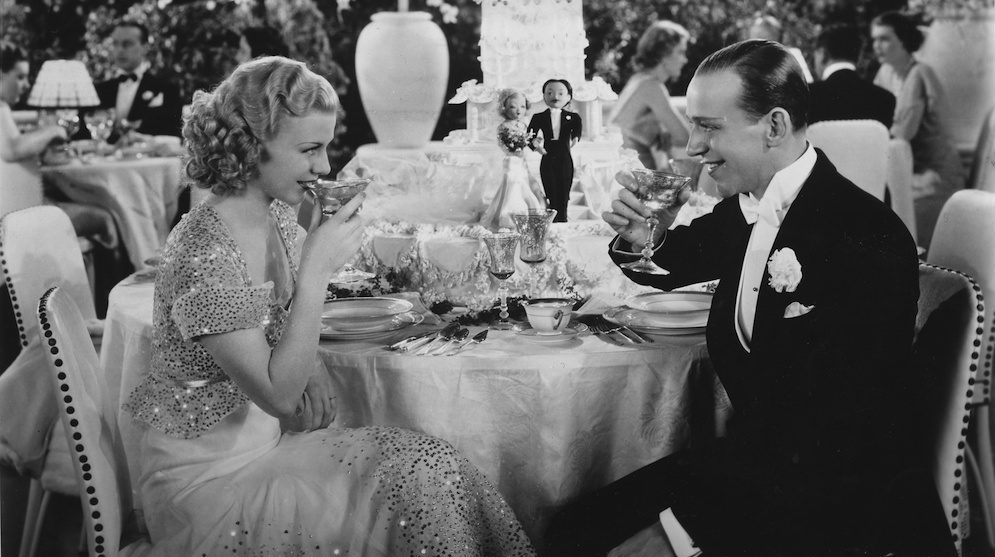 An undeniable classic, screwball musical comedy Top Hat stars legendary duo Fred Astaire and Ginger Rogers. Glamorous and enthralling, a Depression-era diversion beautifully scored by Irving Berlin, it is the most successful and beloved picture of the prolific Rogers and Astaire partnership which saw them produce an astonishing nine musicals between 1933 and 1939.

When American dancer Jerry comes to London to star in a show produced by bumbling Horace, he wakes up wealthy tourist Dale by tap dancing in his hotel bedroom. She’s annoyed, but he’s instantly smitten, and proceeds to pursue her all over London, then to Venice – despite Dale’s reluctance, as she has mistaken him for the (married) Horace…

Don’t miss your chance to hear its lavish songs (including the gorgeous ‘Cheek to Cheek’) and see its effortless, masterful dance sequences on the big screen, amplified by the iconic chemistry between Rogers and Astaire.