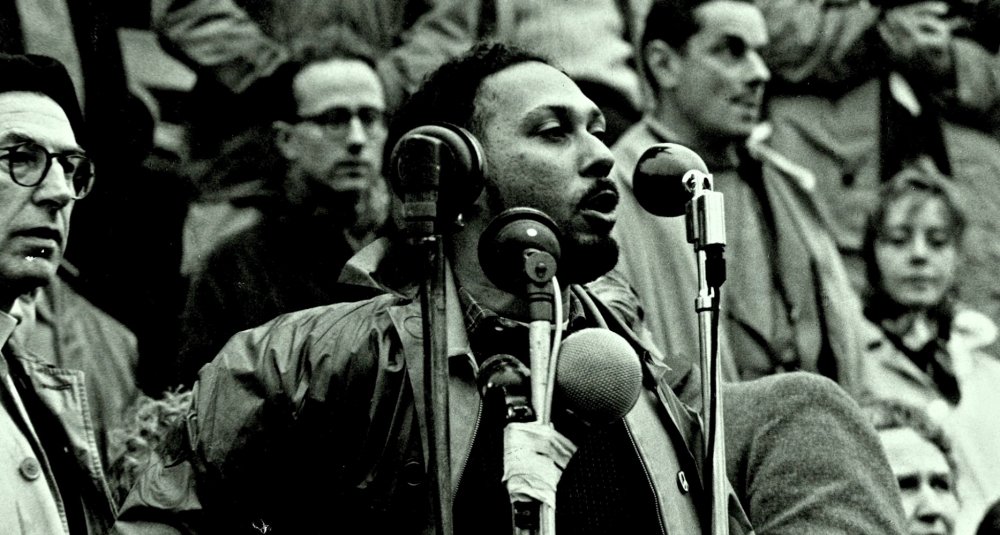 A sensitive, emotionally charged portrait of one of the most inspiring voices of the post-war Left, cultural theorist Stuart Hall.

Using extensive archival imagery – home movies, family photographs and excerpts from Hall’s many film, television and radio appearances – Akomfrah takes us on a kaleidoscopic journey through Hall’s ideas and personal story, mapping his career through the social and political upheavals of the second half of the 20th century. And since Hall’s musical hero is Miles Davis, Akomfrah’s soundtrack features a wide range of Davis’s work, brilliantly chosen to reflect and comment on the film’s various themes, its shifts in mood and tone through decades of change.

For director Akomfrah, this is the film for which he has been preparing all his working life. As a ‘black teenage bookworm’ he was hugely inspired by Hall – a public intellectual of colour who was also “a kind of rock star, a pop icon with brains … cool, hip, confident and compelling”.

£7 / £5 concessions. Pay What You Decide tickets available. Book in advance by emailing boxoffice@attenboroughcentre.com, or ask on the door. No-one turned away for lack of funds