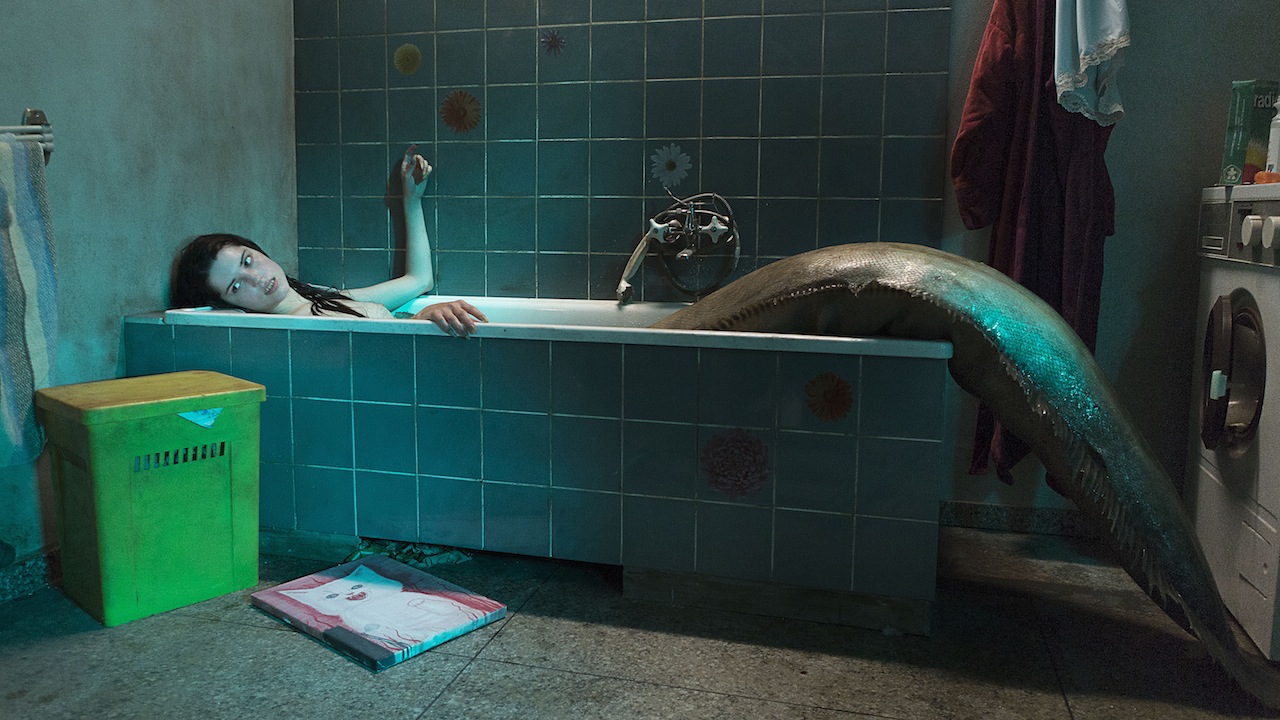 A bold and explosive vampiric debut from Polish director Agnieszka Smoczyńska, The Lure is a genre-defying horror-musical hybrid that provides a fresh take on Hans Christian Andersen’s The Little Mermaid, but with a viscerally sensual, darkly feminist twist on the classic tale.

Golden (Michalina Olszanska) and Silver (Marta Mazurek) are a pair of carnivorous mermaid sisters drawn ashore to explore life on land in an alternative 1980s Communist-era Poland, where their tantalizing siren songs and otherworldly auras make them overnight sensations as nightclub singers in the half-glam, half decrepit world of Smoczyńska’s imagining. However, the girls’ bond is tested and their survival threatened after one sister falls for a human. A coming-of-age fairytale lore with a catchy synth-fuelled soundtrack, outrageous song-and-dance numbers, and lavishly grimy sets, The Lure explores its themes of emerging female sexuality, exploitation, and the compromises of adulthood with savage energy and originality.

+ Introduction by Professor Sarah Pevensey, a medievalist, cultural historian and broadcaster, whose current research focuses on mermaids in global cultures.