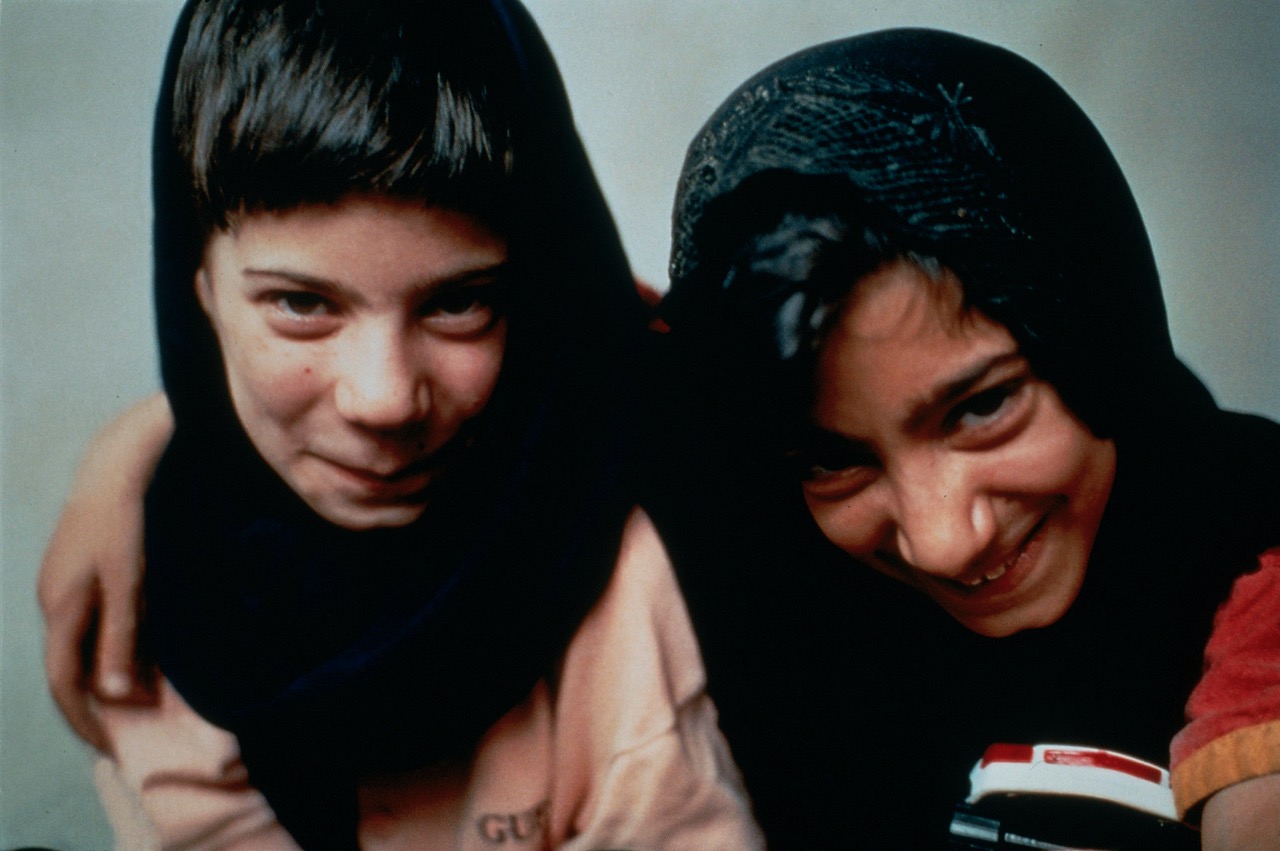 The Apple is a compelling mix of fiction and documentary combining to develop a personal and political story. The film is a directorial debut by Samira Makhmalbaf who features subjects as themselves but armed with a script. The story provides deeply moral and ethical questions, as much as the film creation itself does.

The docudrama tells the real story of two teenage girls in Iran who have been kept imprisoned by their father in their home from birth. The father believes their release would lead to their corruption by males and vices of the outside world. The situation is discovered by a social worker who releases the girls, whose neglect has left them unable to walk or speak.