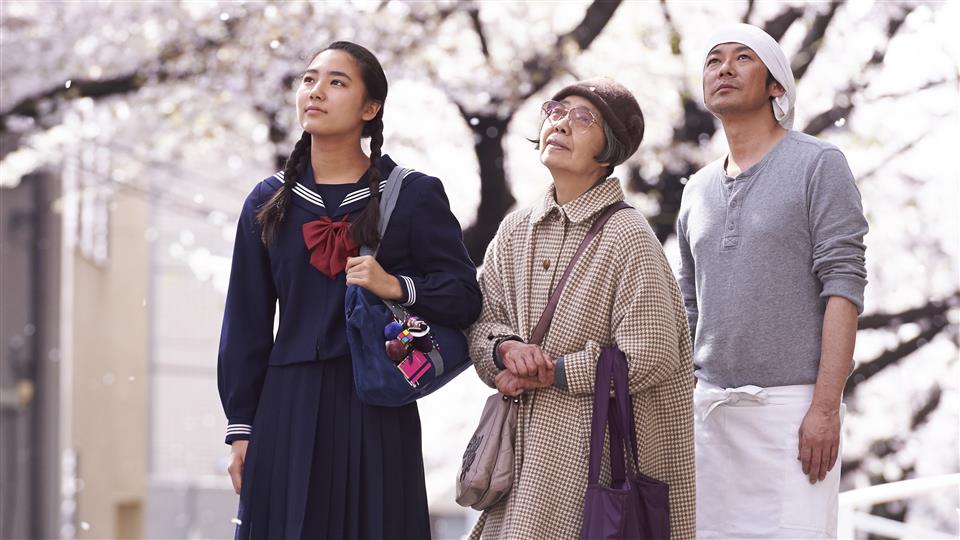 One of the most acclaimed figures in modern Japanese cinema, Naomi Kawase followed up her remarkable 2014 film Still the Water with Sweet Bean (An), a small-town drama of culinary redemption, which opened the prestigious Un Certain Regard strain of the 2015 Cannes Film Festival.

Struggling street food vendor Sentaro finds himself confronted with Tokue (Kirin Kiki), an odd but sympathetic elderly lady looking for work. When he reluctantly accepts, it’s not long before Tokue proves to have an extraordinary gift when it comes to making “an” – the sweet red bean paste filling used in his dorayakis – which starts a relationship that is about much more than just street food.