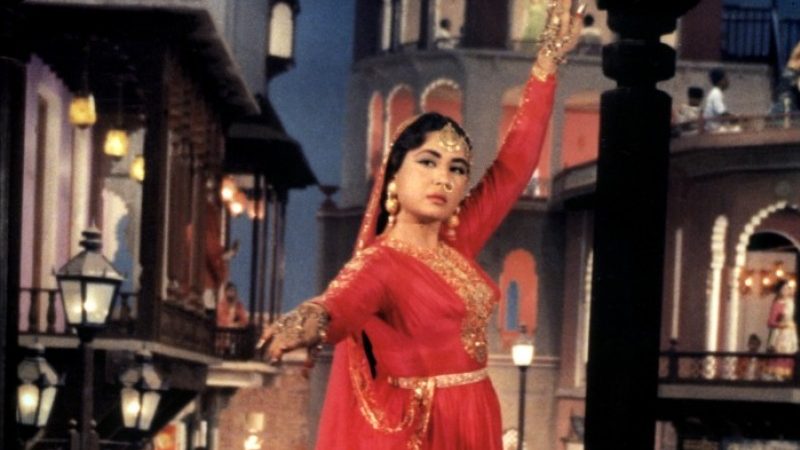 One of the most extraordinary musical melodramas ever made and a cult classic, Pakeezah is much beloved by audiences for Meena Kumari’s breathtakingly tragic turn as the doomed Sahibjaan, who is born in a graveyard to a dying mother who was once a famed courtesan.

Taken in by her aunt she follows in her mother’s footsteps but a chance encounter leads to her falling in love with a man she cannot marry. Forbidden love, homosocial women’s space, glittering fountains, rainbows of silk and gold filigree as far as the eye can see and even some rampaging elephants – Pakeezah has it all, including an ending that punishes fear of difference and parental intervention in matters of the heart.

The film was written and directed by Kamal Amrohi who was a poet and writer and only ever made four films, with Pakeezah‘s production spanning 14 years in total. Kumari was his third wife and a famous Hindi tragedienne. Featuring one of the most famous soundtracks in Bollywood history.