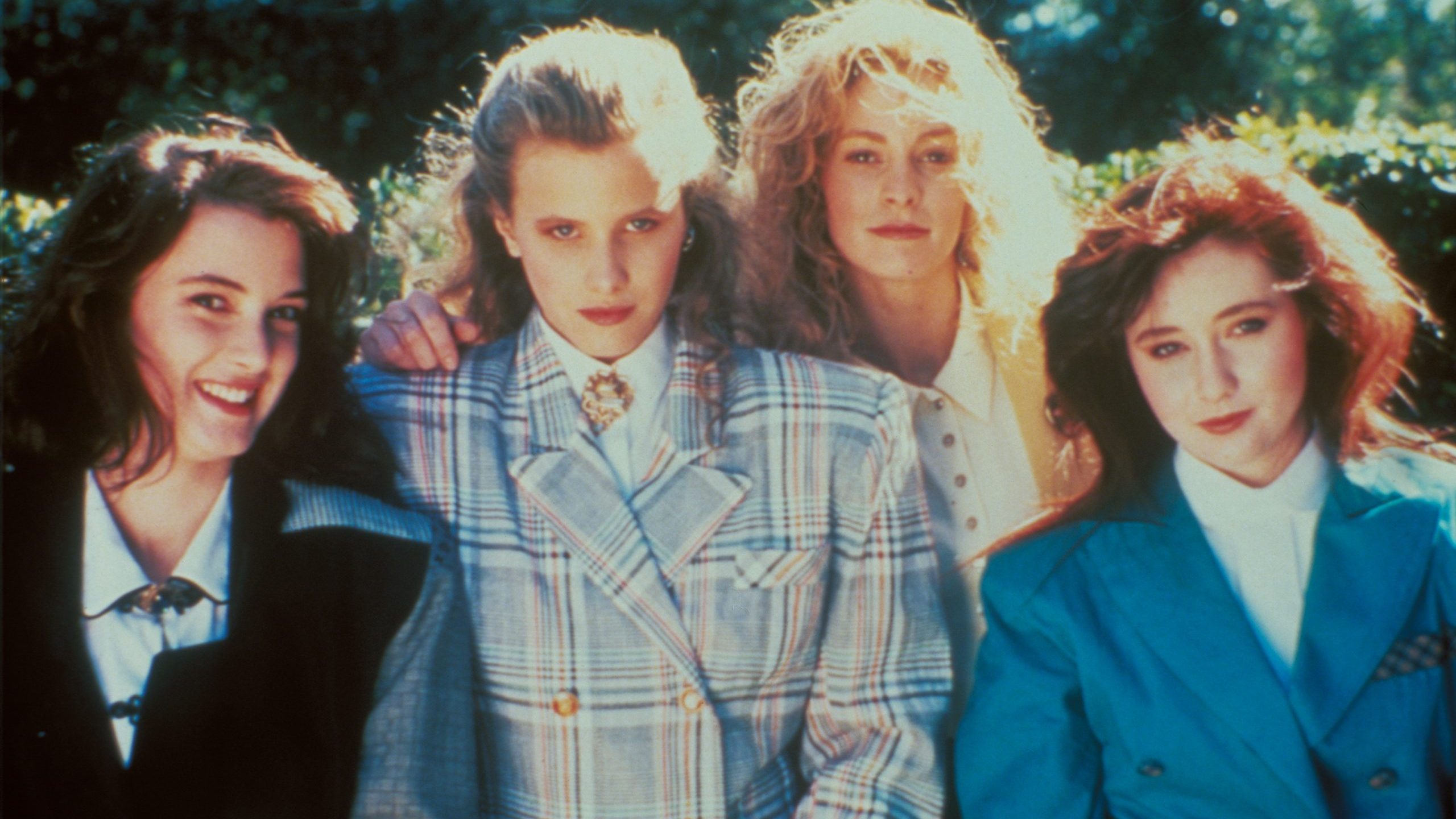 Presented by The Cult Film Club

Widely acknowledged as a true cult classic of modern American cinema, Heathers has captured the imaginations of troubled teenagers the world over with its acerbic satire of the sugar-coated high school movies of the 1980s…

At Westerburg High School, an elite clique of snobby girls known as “Heathers” reign supreme. Smart and popular, Veronica (Winona Ryder) is a reluctant member of the gang and disapproves of the other girls’ cruel behaviour. When Veronica and her mysterious new boyfriend, J.D. (Christian Slater), play a trick on the clique leader, Heather Chandler (Kim Walker), and accidentally poison her, they make it appear a suicide. But it soon becomes clear to Veronica that J.D. is sociopath intent on vengefully killing the school’s popular students. She races to stop J.D., clashing with the clique’s new leader, Heather Duke (Shannen Doherty), and leading to an explosive final confrontation with her troubled former lover.