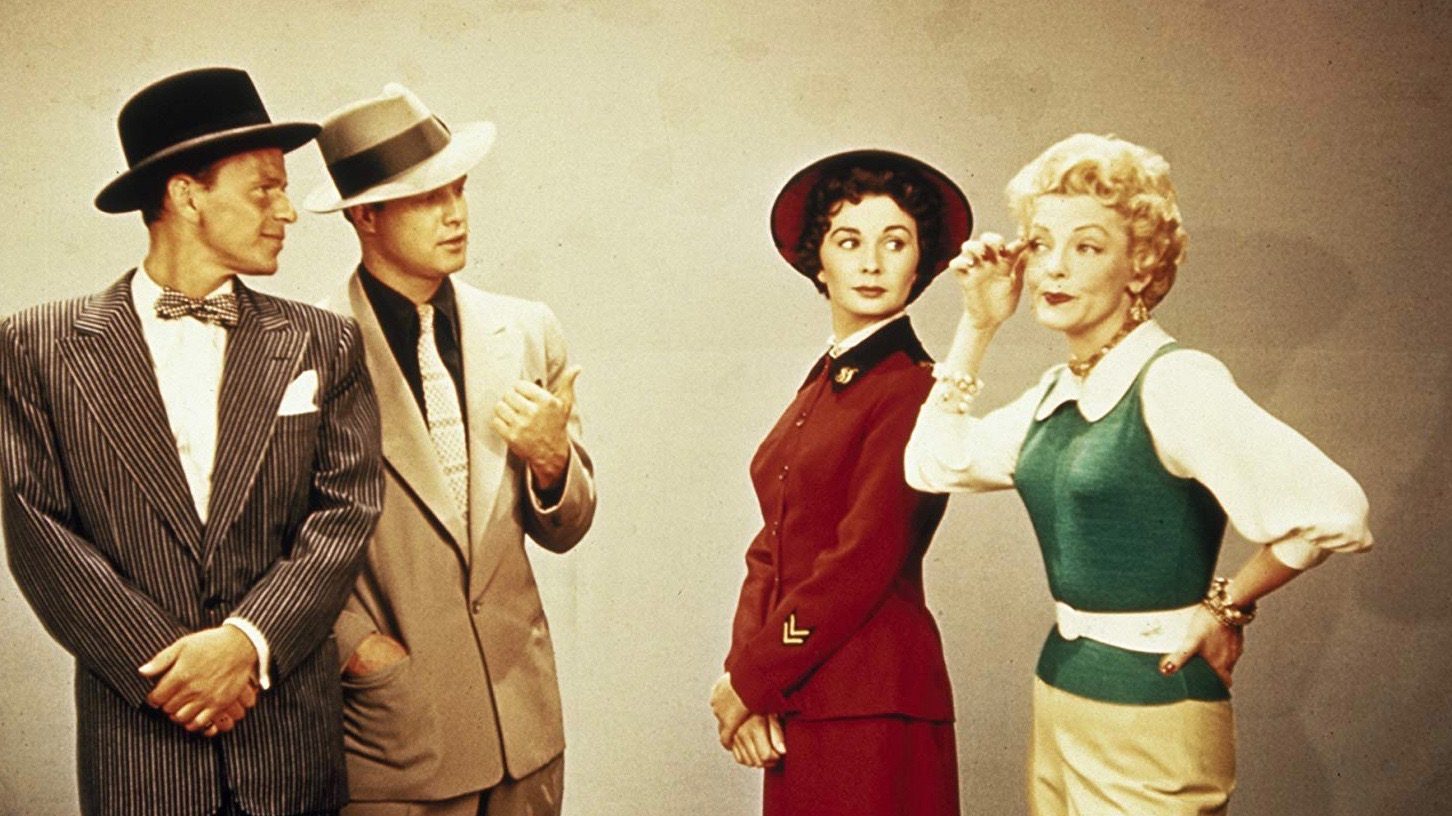 Based on the popular 1950 Broadway musical of the same name, Guys and Dolls is a hugely entertaining musical with some of the brightest stars of its day, including Marlon Brando in his only musical role.

1950s New York: all the hot gamblers are in town, and they’re depending on Nathan Detroit to set up the next game. The only problem? He needs money, and to get it, bets inveterate gambler Sky Masterson that he can’t get a date with virtuous, demure Sarah Brown. Meanwhile, Nathan’s longtime fiancée Adelaide is desperate for him to marry her so they can finally settle down.

With serious star power, crackling dialogue and phenomenal songs (including ‘Sit Down You’re Rockin’ the Boat’), Guys and Dolls is a five star entertainment and a real joy to watch.