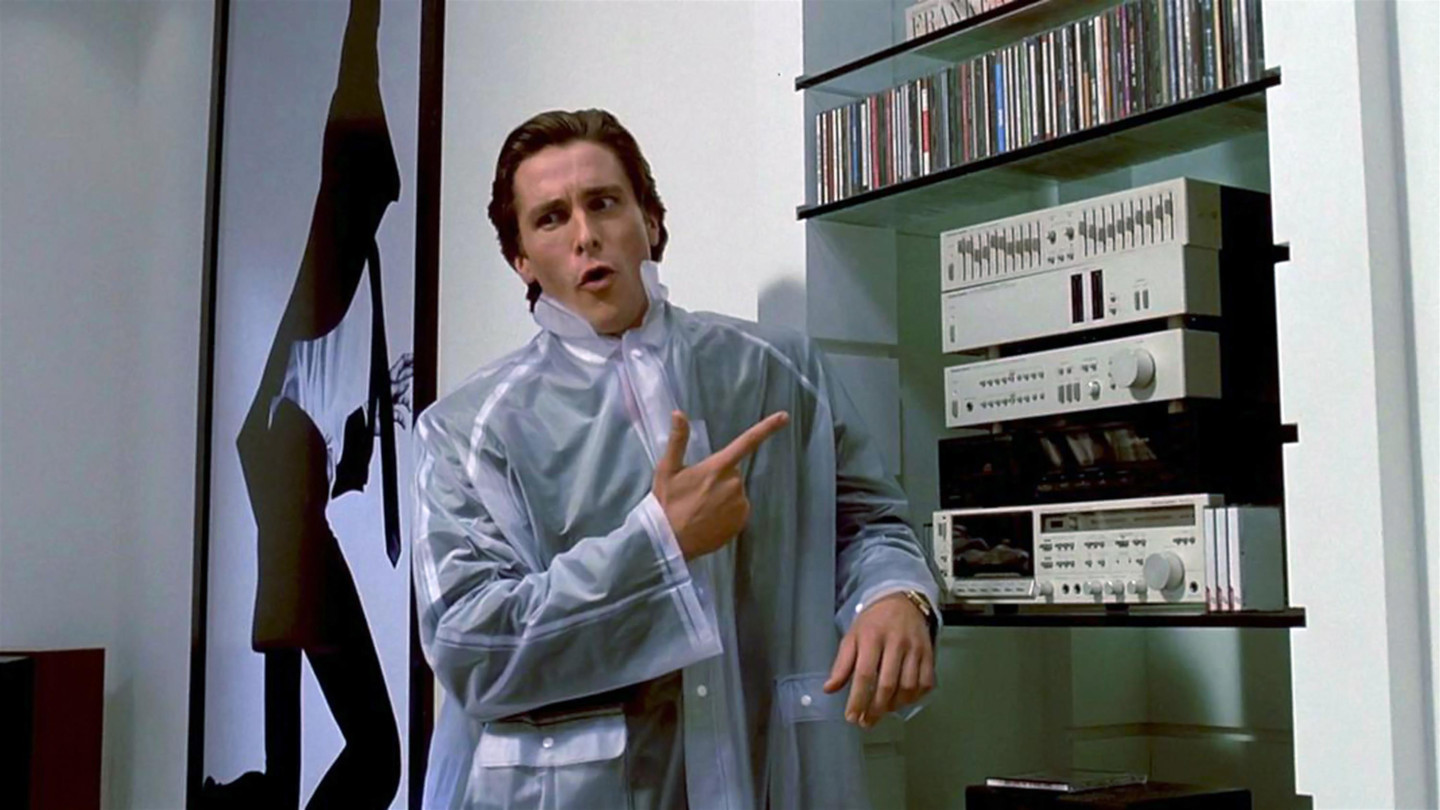 Starting the evening is Mary Harron’s 2000 cult classic American Psycho, starring Christian Bale as Patrick Bateman, an investment banker who attempts to hide his serial killer impulses as he descends into hedonistic violence, in a deeply satirical look at 1980s New York.

The second movie of the evening, 1984’s Body Double, is cited throughout Bret Easton Ellis’s original American Psycho novel as Patrick Bateman’s favourite film (Bateman mentions that he has seen the film 37 times and rents the tape of it from a video store several times in the story, and also repeats scenes from the film to the reader or to other characters). Directed by Brian DePalma (Carrie, Scarface) and influenced by Hitchcock classics Rear Window and Vertigo, Body Double follows an out of work actor as he delves into the seedy world of adult entertainment in order to solve a murder he witnesses in the Hollywood hills. A vibrant 80s neo-noir thriller it’s an unashamed celebration and examination of the most superficial of decades.