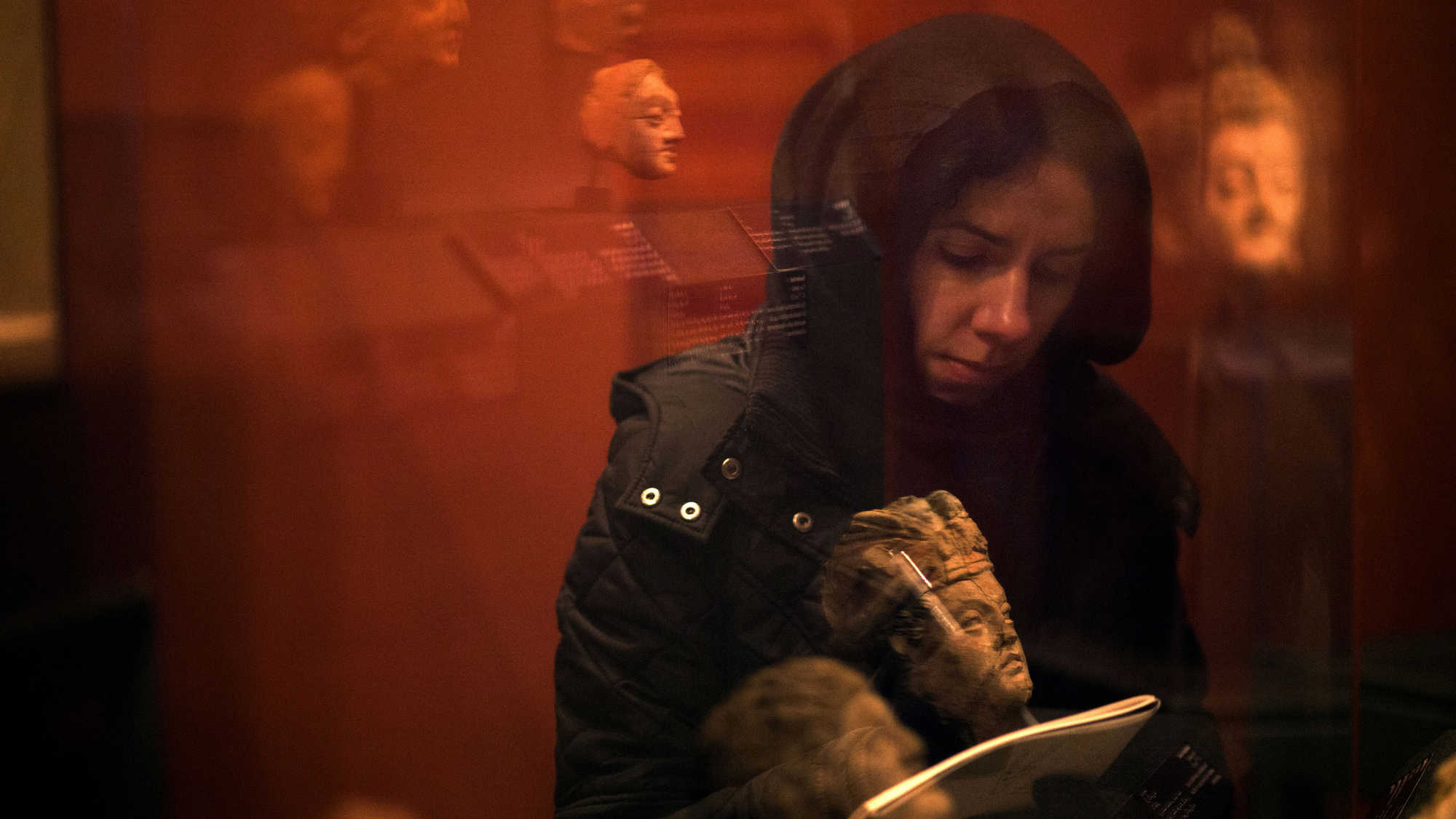 Award-winning war photographer and filmmaker Seamus Murphy explores the creative inspiration behind PJ Harvey’s ninth studio album in A Dog Called Money, an arresting collage-style documentary charting their travels together in Afghanistan, Kosovo and the US.

Inspired by the songs and stories they encounter on the road, Murphy and Harvey examine the many ways in which music unites communities in areas of conflict and deprivation. Throughout their travels, he collects footage and images, while she notes down snatches of the lyrics which will later form her album, The Hope Six Demolition Project. Back in London, Harvey inverts these ideas of documentation and scrutiny by inviting the public to observe the album’s recording behind a one-way glass during a 5-week installation at Somerset House.

Murphy’s film delves into each track of the album, unearthing the layers of process behind their creation, and the people and places who inspired them. Dreamlike, elliptical and intimate, the film provides a stunning portrait of Harvey’s creative process – and unprecedented access to an enigmatic musical icon.